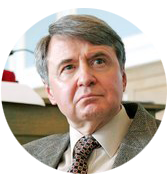 Fred Harrison grew up in Cheyenne, Wyoming. His grandfather worked as a boilermaker in the Union Pacific round house not far from Fred’s current office in the historic Tivoli building in downtown Cheyenne. Fred’s mother was born a couple of blocks away on 16th Street, now Lincolnway.

Fred graduated from the University Wyoming in 1974 with separate degrees and high honors in Political Science and American Studies.

After college, Fred went on to the University Wyoming Law School graduating with a juris doctorate in 1977.

In 1977, Fred became a Deputy prosecuting Attorney for Carbon County, Wyoming. As a prosecuting attorney, within months of graduating from law school, Fred was trying murder cases and many other felonies.

Fred was also an arbitrator for the Panel on Insurance Litigation for the American Association of Arbitration where he participated in the arbitration of a multi-million-dollar dispute between two insurance carriers in Colorado.

In 1982, Fred was elected to the Wyoming State Legislature as a state representative from Carbon County, Wyoming. Fred served until he retired from the legislature in 1992 after 10 years of service. During his tenure, he served on the Judiciary Committee, the Management Committee, the Rules Committee and in the leadership of his party for six years. Since leaving the Legislature, Fred has served on the Wyoming State Bar Legislative and Law Reform Committee.

In 1994, Fred attended the first Trial Lawyers College conducted on Gerry Spence’s Thunderhead Ranch near Dubois, Wyoming for one month. Thereafter, his practice became completely devoted to the representation of individual citizens injured by negligence, bad faith of insurance companies, the reckless conduct of trucking companies and medical negligence. His practice has evolved into a statewide civil practice, with many cases before the Wyoming Federal District Court.

In 1995, Fred was asked to represent and negotiate on behalf of individuals involved with the Tamil Nadu Industrial Development Corporation (TIDCO) of Madras, India in exploring the possibilities of an international development project. While in India, Fred was granted with his family a private audience with Mother Teresa of Calcutta. Fred has traveled widely in India and is very familiar with the country.

In 1996, Fred was elected to the Board of Directors of the Wyoming Trial Lawyers and has remained a member the Board or an officer since. He has served in the offices of Secretary/Treasurer, Vice President, and in 2005 served as President.

Fred has been nationally certified as a trial advocate by the National Board of Trial Advocacy based in Boston, Massachusetts since 1997. Board certification is based upon trial experience, the opinions of fellow lawyers, including opposing counsel, judges, an honorable record without any disciplinary action before the State Bar, as well as passage of a rigorous examination.

Continuing his commitment to becoming the best possible lawyer, Fred completed and graduated from the Masters program at the Keenan Trial Institute in 2018. Fred has spent hundreds of hours training with other lawyers from around the country that are committed to helping people.

Fred is a referring attorney for the Keenan Trial Institute.

In 2016, Fred was awarded by the Wyoming Trial Lawyers with the lifetime achievement award.