Biggest Mistakes to Avoid in a Premises Liability Claim

Watch this video to learn the biggest mistakes to avoid in a premises liability claim. Our Wyoming injury attorney will make sure your rights are protected.

What common mistakes should I avoid when making a premises liability claim? 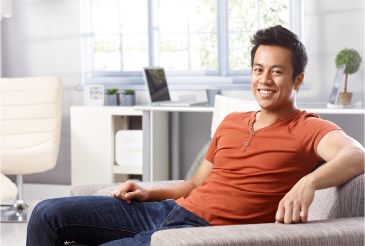 Common mistakes that people make in premises cases in Wyoming are they, first of all, talk to the insurance company on the other side, or talk to the adjuster for the insurance company. For instance, if you fall at a grocery store, a major chain, what will happen is that the adjustment company from that chain will contact you right away and want a statement from you. People make those statements, and of course, those will always be used against you in the future. You don’t want to do that. Secondly, people will post the darndest things on Facebook that will cause real problems in the case later on. Some people will have to explain away what they’ve said, which is not always easy to do, and so you need to take that into consideration. Insurance companies will use that against you every time if they can.

For instance, a grandmother posted a picture of her hugging her grandchild on Facebook. That was used against her to prove that she really wasn’t hurt because she was smiling at the time she was holding her grandchild, even though she had a very serious injury. In that moment of joy, she was able to put aside her injury momentarily in that photo. That will be used against you, so you want to get rid of that kind of information as quickly as possible. Facebook is something that is really a problem in modern cases. It can be if it shows the wrong kind of stuff and is open to the general public, so keep that in mind. It’s a problem we don’t need to have, so keep that in mind. Those are common mistakes that people make.

Other mistakes people make is they don’t preserve photographs of the area. As soon as possible, we need to have photographs of those areas. For instance, if there’s a grape on the floor in a grocery store— certainly a common thing that people slip on— if you get a photograph of that, that’s great. Often times we won’t, but we will get a report from the grocery store as to what was on the floor, and that helps us in the case. Oftentimes, there are pictures taken in the store itself which will help us in those kinds of cases. I have to look at every case.

Don’t make the mistake of talking to the insurance adjuster. That’s for sure. Be careful what you’re posting on Facebook. If you don’t have to post it on Facebook, please don’t.

Were you seriously injured in a slip and fall accident and have questions about the biggest mistakes to avoid in a premises liability claim?
Contact experienced Wyoming premises liability lawyer Frederick J. Harrison today for a free consultation and case evaluation.
We can help get your life back on track.