If you were injured on residential property due to someone else’s negligence, you deserve compensation. Our Wyoming premises liability lawyer can help.

What should I do if I was injured on residential property?

If you’re seriously injured on a residential property, the question becomes what should you do? First, you should seek medical care as quickly as possible. That’s for certain. 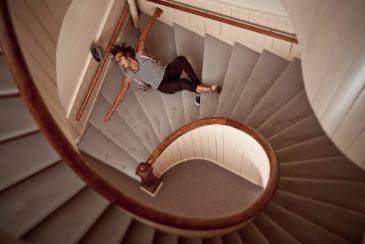 Secondly, if you can, get someone to go back and take pictures of whatever it was you fell on, or tripped over, or whatever caused your injury. That’s very important, getting lots of photographs. Sometimes, I have people who will say, well, we took pictures. I’ll ask to see the pictures. They’ll give me the pictures, and I’ll have three or four photos that don’t really show very much. So, the more pictures the better. We have cameras on our phones now. You can take, literally, 30, 40 pictures at a time. The more pictures, the better of whatever it is.

I had a truck crash case, a rear-end collision. We successfully resolved the case, but I’ll tell you what, we had a real problem because the client only took a couple pictures. One of the pictures was of a small dent in the back of the truck, which didn’t express the full damage done to the truck. Based on that, we found out that people in trying out our focus group had a real problem with that damage. They took the position that there couldn’t have been serious injuries to the client. Because of that, we had to take that into consideration of the case, and that affected the value of the case. The more photographs the better, especially all the angles, all the positions, all the surrounding area. The sooner we get those pictures, the better, too. If you have other questions like that, give me a call.

Were you seriously injured on residential property and have questions about filing a premises liability claim?
Contact experienced Wyoming premises liability lawyer Frederick J. Harrison today for a free consultation and case evaluation.
We can help get your life back on track.