Was your child injured on school property? Make sure your rights are protected. Contact an experienced Wyoming premises liability lawyer today.

What should I do if my child was injured on school property?

I have a case right now where a child was injured at school. First of all, you hope that the school will notify you of the event, what occurred, and that’ll be in the report. 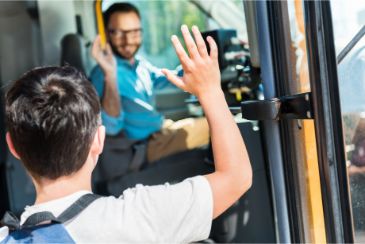 That doesn’t always happen. In fact, I’ve seen it not happen. More often than not there isn’t a report. Sometimes the child will go to the school nurse, when the event occurred. What you shouldn’t do is you should not make statements such as my child has brittle bones and that kind of stuff to anybody at the school or call up the doctor and say my child is without pain. They may be out of pain for one day, but then the pain comes back, which I’ve actually seen happen more often than not. You can feel good on one day.

You don’t want to make those kind of statements that are anyway recorded either by the doctor, or the nurse, or whoever. It may be a mistake you regret later on. That is just a momentary lapse in judgement, and you have to be careful and guarded over those things. The best thing to do is contact a lawyer as soon as possible after the event so you know what to say and when to say it and so that the evidence can be preserved under the circumstances. Sometimes evidence is not preserved. You want it preserved. Be honest, of course, but be careful that you don’t say too much. That may live to be a problem for you in the future.