If you have been injured in a slip and fall, you may want to know the importance of reporting a premises liability injury. Watch this video.

Do I need to make an accident report at the location where I am injured? 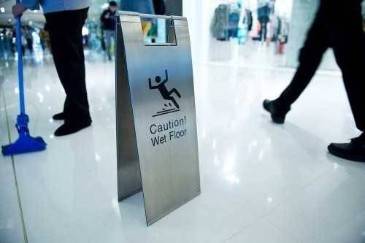 Whatever the premises are, it may be insured or self-insured, and they’ll want information. The other side of that is that they’re writing all this down. Now, I don’t think it’s really a good idea for you the client, the injured person, to go to them and ask for an incident report or accident investigation. I think that’s up for me to do on your behalf because I will get the right amount of information.

I can think of a case in this grocery store chain in Rawlins, Wyoming that I had a few years ago. What occurred in that case is that a lady fell, and there was a videotape taken by the grocery store of what occurred. She was seriously injured, an elderly lady. They had left water on the floor during a rainstorm and had not cleaned it up. The rainstorm had occurred earlier in the day, hadn’t cleaned it up. She fell on the water. It was right inside the entrance and was seriously injured, and they had her leave. They had a report, and I was able to get that for us. I got that report, and it said that they had a videotape of what occurred. Unfortunately, they had destroyed the video in the course of business they said. That played a large role in getting a substantial greater settlement because they had destroyed the evidence in that case.

It’s better for me to get the information and document the fact that we have the information. The course of discovery then becomes contempt of court or spoliation of evidence for them to destroy evidence. That’s a much stronger position than for you to get the report. I would advise letting the attorney handle it and other questions like that, as well.

Were you seriously injured in a slip and fall accident and have questions about reporting a premises liability injury?
Contact experienced Wyoming premises liability lawyer Frederick J. Harrison today for a free consultation and case evaluation.
We can help get your life back on track.