If you have lost your primary caregiver as a result of wrongful death, you are eligible to file a survival action. Watch this video to learn more.

Who is considered a wrongful death survivor?

A wrongful death survivor in Wyoming in somebody that was related under the statute to the decedent, including a wife, a child, a father, or a mother. It could be even more extended family, 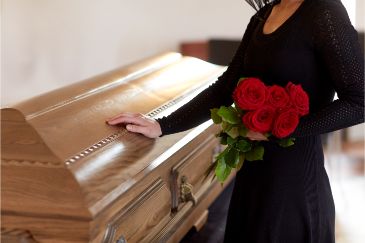 as long as it’s a family member that had a connection to that person and lost care, comfort, and society of that person. We have to evaluate every case on its merits and what those people – what they’re relationship was and how they miss that person. It can even be an adopted child of the decedent, that is the person that died. We have to evaluate every case. Every case is different. Sometimes people may be closely related, say a child, but there is a division in the family where they don’t communicate on a regular basis. That will impact how much the case is worth for that particular individual. We can still bring that kind of case, and some people in the family will get more than others in the family or have a stronger case that could be argued to the jury. It depends on the case. It depends on the relationship. Every family is different.

People do understand. A friend of mine tried a case in Nevada, and in that case, the sister had died. She would not see her brothers except once a year. They were in Wisconsin, but they would talk every week on the telephone. It would be a long, extended conversation on the phone. That was a substantial case, a substantial loss to those brothers even though they were elderly themselves at the time. It was a big loss to them having lost their sister, their younger sister, in a tragic event. Every case is different. We have to take into consideration every case. We’ll look at your case if you call us in Cheyenne, Wyoming.

Have you lost a loved one in an accident caused by someone else’s negligence and have questions about filing a survivor action?

Contact experienced Wyoming wrongful death lawyer Frederick J. Harrison today for a free consultation and case evaluation. We can help get your life back on track.