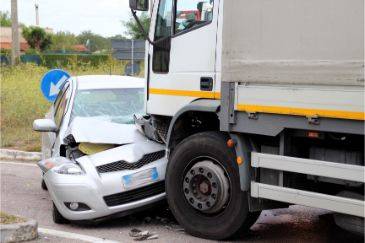 Learn the 3 biggest mistakes to avoid after a truck accident here. Contact our Wyoming personal injury attorney for a free consultation and any questions you may have.

A common mistake we see in Wyoming when people are injured in a truck crash of some sort is they post information on Facebook— maybe a video of what occurred. I’ve actually seen that occur where there were multiple videos of an extensive crash involving many trucks, maybe 100 trucks on the highway in the wintertime in Wyoming, and they posted this information on their Facebook page. Not a good idea, because whatever you post on there is going to be used against you. The best thing you can do is not post things on Facebook.

Do Not Speak to the Other Insurance Adjuster

Another common mistake that people make is they talk to the insurance adjuster on the other side. They do a recorded statement to the insurance adjuster. That will always be used against you. If you had a beer four hours before the crash, they’re going to certainly use that against you later on. If you had the radio on, they’re going to use that against you later on. It doesn’t matter what you’re doing. If they ask you what time it was, they’ll say you weren’t paying attention because you were looking at your watch. They’ll say how did you know what time it was? I looked at my watch. They’re going to say you looked away from the road. It doesn’t matter what you say to an insurance adjuster; it’s going to bad, so don’t do it.

Do Not Give a Recorded Statement

I’m asked by folks about giving statements to insurance companies in trucking cases and other cases. My advice is never give a statement to the insurance company. You don’t have to. You don’t need to. You shouldn’t do it. Whatever you say to them is going to be used against you.

A common example is what time was it when the wreck happened? Then the next question is how did you know what time it was? I looked at my watch. Then you looked away from the road. That will be what comes up from the insurance defense lawyer. We have it here written down. You were looking at your watch at the time. I’m not going to follow up with that in the statement from the insurance adjuster, but you can bet your bottom dollar that the defense attorney will do that. They’re going to use that against you at some later date.

There’s nothing you can do to help your case by talking to an insurance adjuster in a trucking case or any other case for that matter. Please keep that in mind. Don’t talk to the insurance company on the other side. If you have other questions like this, please feel free to call my office here in Cheyenne, Wyoming.

Were you or a loved one injured in a commercial vehicle crash and have questions about the 3 biggest mistakes to avoid after a truck accident?
Contact experienced Wyoming truck accident lawyer Frederick J. Harrison today for a free consultation and case evaluation.
We can help get your life back on track.