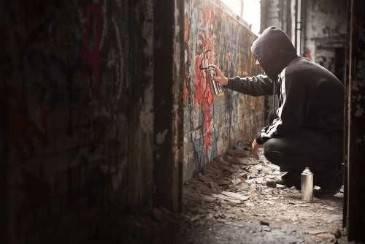 Check out our blog to learn how to know if you have a negligent security case in Wyoming. Call our office today for a free consultation.

Of course, in negligent security cases, the question in Wyoming is always, How do you prove a negligent security case? Well, the way you prove a negligent security case is you have to prove what the owner knew in advance, and that what the owner knows in advance is part of a systematic failure. In other words, did they know or have reason to know that there was a dangerous situation on their property with third parties coming onto the property from outside the property and causing danger, whether it’s a rapist, mugger or robber? Has it happened before? Is it a situation in which the neighborhood is rated by realtors and police department as having a certain amount of crime? What are those crimes? Is the supermarket supposed to know that those kinds of dangers are on the premises? Do they take steps, putting up surveillance cameras that are monitored on a real-time basis so that they can tell when somebody’s in trouble on the property and they can get them help right away? Do they have proper security guards on the premises, if necessary, because of the neighborhood? Do they have people that are watching and walking through the premises, including the parking lot, to make sure people are safe? Have they had notice of a situation where people weren’t safe, and what did they do to remedy that situation so that it didn’t happen again? Those are the kinds of evidence that are needed in these kinds of cases and, of course, that’s the kind of evidence that you put together from the business itself— public records of the police department and the sheriff’s department, whatever it may be, to provide us with the background information to put together a negligent security case. Keep us in mind for that kind of case if it comes up. Our office is in Cheyenne, Wyoming, but we do cases throughout Wyoming.

Biggest Mistakes to Avoid After a Negligent Security Injury

Like every case, including negligent supervision cases, people can make mistakes early on. One of the mistakes I see is that they talk to an insurance adjuster about the plan, whatever that may be. Of course, the adjuster works for the owner of the premises, and they’re not going to give you the straight scoop, nor are they going to ask fair questions. You have to take that into account, and you shouldn’t talk to the adjuster. Let’s take that into account, who you talk to. Of course, if there’s a rape involved, reporting it immediately to the authorities would be a really good idea to prevent it from happening to somebody else. Certainly, you should report an incident to the proper authorities if you’re injured, or hurt by someone mugging you or pulling a knife or weapon of any kind on you. Those kinds of things in a negligent security case are very important to report to law enforcement as soon as possible after the event. Don’t keep it a secret, because it’s important for people to know about this to protect themselves and protect other people under the same circumstances. Let’s keep that in mind. If you have more questions, feel free to call us.

Wyoming negligent security cases are different from other cases because they involve not so much a design defect on the property, such as ice on steps. Instead, what it involves is the obligation of the owner of the property to know what kind of neighborhood he’s in— whether it’s a neighborhood that has a high crime rate, for example, which we can all access via crime maps now throughout the state of Wyoming. In fact, insurance companies are aware of where these high crime rates are, as well. Police departments are aware of that. The owner of the premises ought to be aware of that because it’s public information. The owner also has obligation to maintain proper surveillance of their property. For example, the owner of a grocery store should maintain surveillance in a parking lot to know what’s going on in that part of the lot and what might be dangerous in that area so that they can evaluate it on a regular basis. Let’s say they have two cars running into each other. Why did that happen? Is it something about the design of the parking lot that’s causing it to happen on a repeated basis at the same location? They can fix the stop sign, warning sign, or redesign the drive-thru way that people use. If there’s something they can do about it, then that’s a negligence surveillance kind of case. It is the obligation of the owner to be aware of the premises so they can take protective steps to protect the public using that property because they have a business drawing people onto the property. That’s what negligent security cases are.

Steps to Take After a Negligent Security Injury

In Wyoming, we don’t have very many negligent security cases. That might be because many attorneys are not familiar with it as a cause of action. That also may be because we don’t have a lot of places where these kinds of cases take place, like parking garages. I would say the best way to find a good attorney in a negligent security case is to look at an attorney that’s actually handled these cases on a regular basis. You also want an attorney that handles lots of premises liability cases because they’re connected. A negligent security case involves a situation in which the company (or parking lot, or grocery store etc.) has a reason to know that there’s a dangerous situation caused by some third party that’s coming on the property criminally and causing injury on the property. The property owner should know that it’s likely to occur again, but doesn’t provide proper security for the premises. If that’s the kind of case you have, let us know, because these are the types of cases we are very interested in. Give us a call at our office in Cheyenne.

Have you been assaulted due to inadequate security and are curious on how to know if you have a negligent security case?
Contact experienced Wyoming negligent security lawyer Frederick J. Harrison today for a free consultation and case evaluation.
We can help get your life back on track.